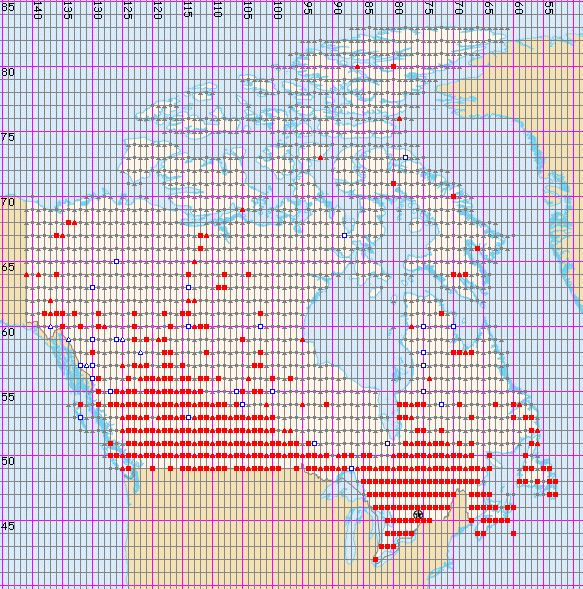 Return to main page for this country

For information about the border between Canada and the United States of America, see the International Boundary Commission website.

The Canada-USA border is defined by a series of straight lines connecting border monuments. In terms of degree confluences, the only part of the border that comes into play is along the 49th parallel, between the west coast and the great lakes, which the IBC refers to as Section M. 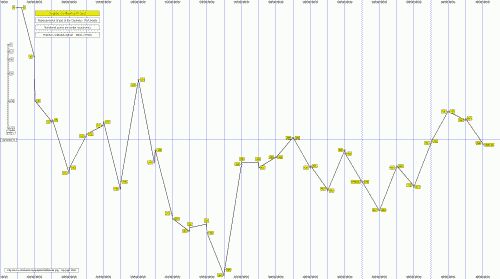 This image shows each of the degree confluences from 49°N 123°W to 49°N 96°W, and their relationship with the closest border monument on each side of the line of longitude for the confluence. Between the pair of monuments on either side of the confluence longitude the line shows the location of the border. The lines between the monument pairs are just for illustration - the actual border follows monuments that are not shown on this image.

The border zig-zags back and forth along the WGS84 49th parallel, but none of the degree confluences along the 49th parallel are actually on the border, so each confluence belongs to the country in which it is located.

For Section M of the boundary, along the 49th parallel, from Monument 0 through Monument 912, and ignoring differences between NAD83 and WGS84: